I always loved working in restaurants on Sunday (and Monday) nights because you’d get a much higher percentage of people who were looking to geek out on food and wine. Sunday is still the slowest work day for me, but it’s that same higher percentage crowd that makes it worthwhile. While Friday and Saturday are the busy, money making days, Sundays are the time to have the most fun with the least effort, whether that’s relaxing on the beach with some Zeit Gruner or selling some Tschida Cabernet that you know will make your customer happy, even when it doesn’t really taste anything like Cabernet.

Austria is BOOMING with young, talented natural winemakers, the lot of which hail from Burgenland - just like Christian Tschida. Burgenland is the Austrian state which borders Hungary. Most of the grape growing is done around the Neusiedler See, which is a huge lake. The lake has a humongous influence on the climate and therefore the grape growing. It also creates perfect conditions for botrytis or “noble rot” to take hold, but that’s a story for another day. 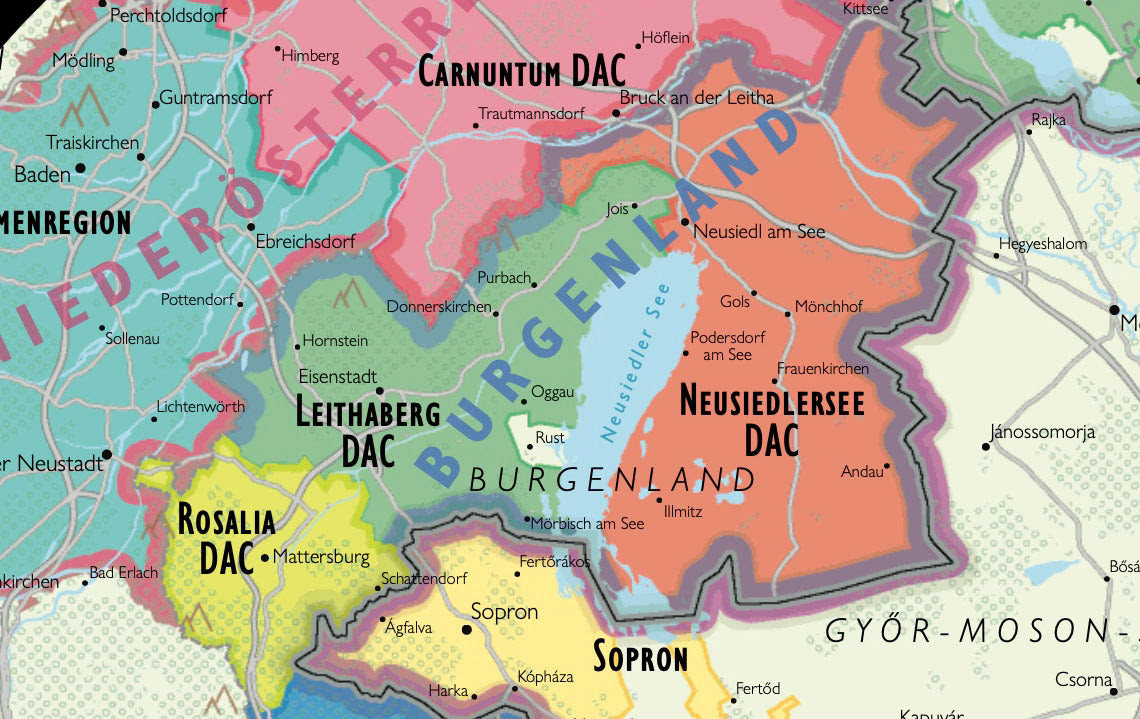 Heideboden (Map above) is the tiny area in Burgenland between Gols (where Claus has his winery) and the lake. Claus Preisinger (picture below) went to HIGH SCHOOL for winemaking. However, he isn’t the only one who makes wine from here. After Claus worked with some great winemakers in California, he returned to his homeland to work with Hans and Anita Nittnaus. If you don’t know the Nittnaus wines, that’s your first mistake. 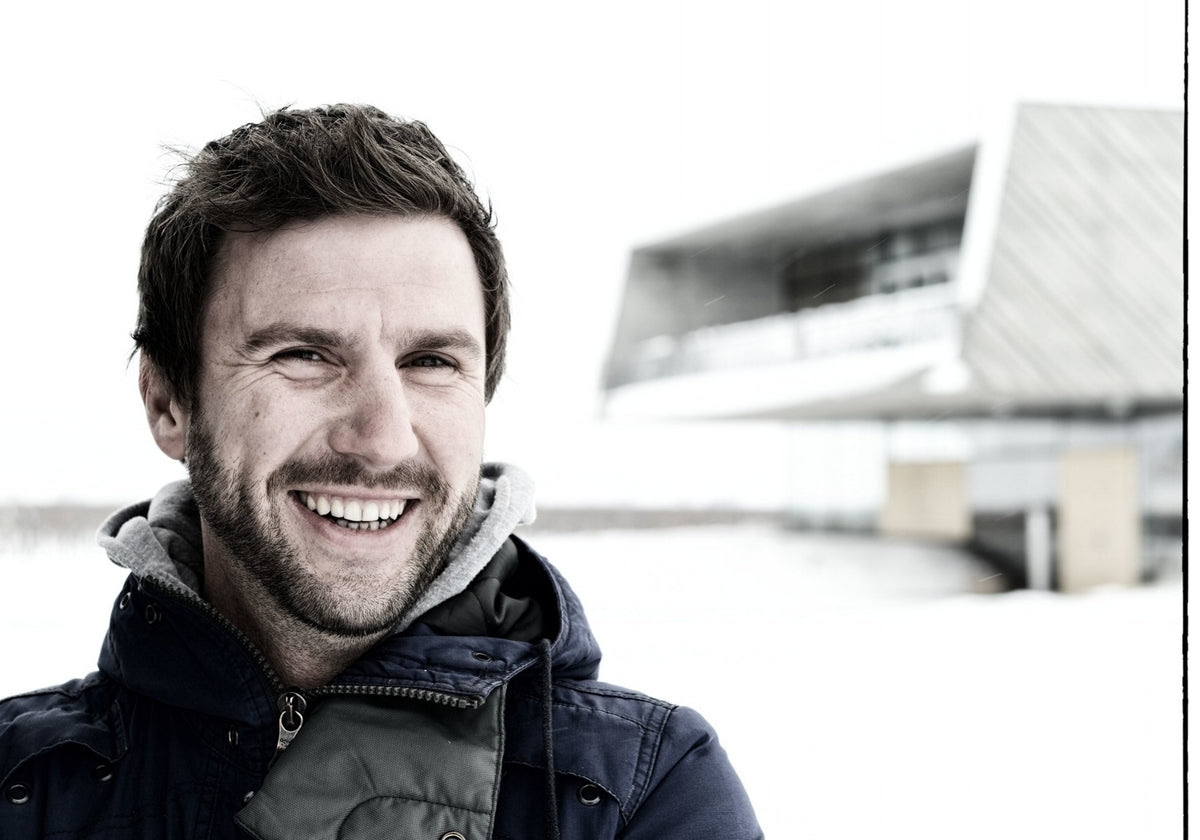 The Nittnaus’ Heideboden is a white wine made with Pinot Blanc grapes. It drinks like Chablis. It is the best value white wine I have in the store. If it doesn’t floor you, something’s wrong with your tastebuds.

I’m explaining this thoroughly because it’s confusing. Claus Preisinger has a wine by the same name - ‘Heideboden’ (remember, that is the name of the place) which is a red wine. It is a blend of a couple indigenous varieties (Zweigelt and Blaufränkisch) and Merlot.

If you want to be transported to Burgenland all you have to do is drink these two wines. Start with the Nittnaus Heideboden and enjoy some rich crudo or salty pasta. Then have the Preisinger with some roasted chicken and vegetables. Whatever dessert you had in the oven will become strudel. Your pants will turn into lederhosen. You will be confused, but so freaking happy you won’t care. 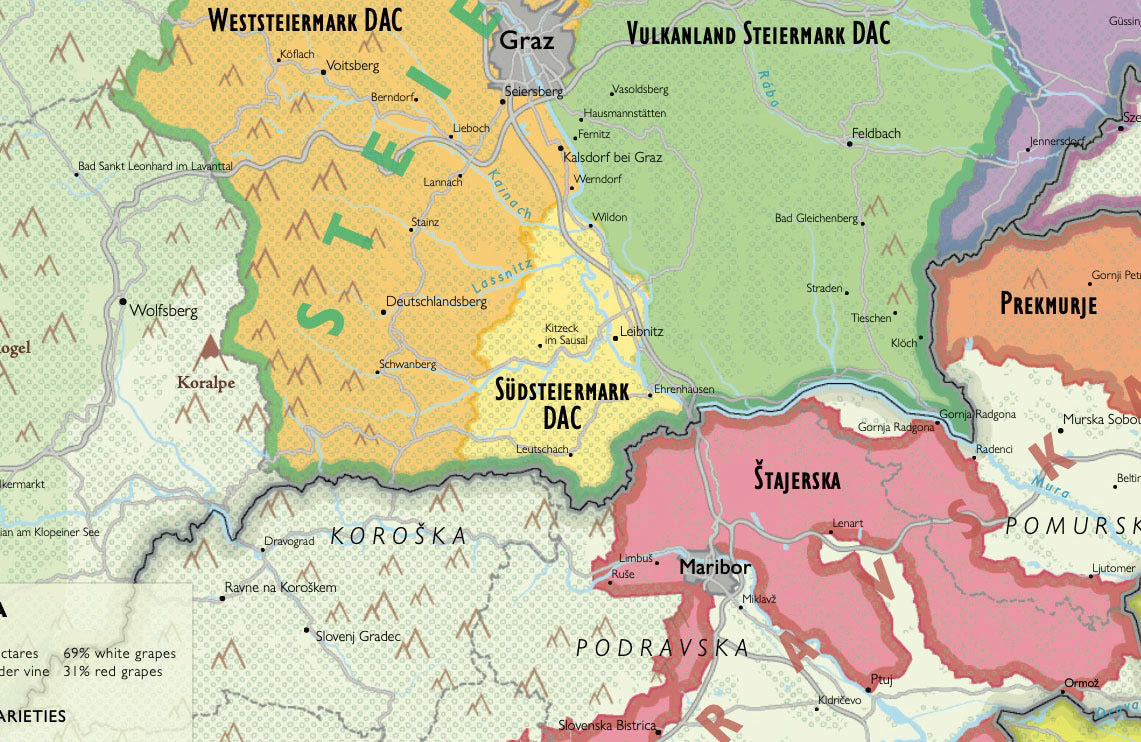 But wait, the Austrians don’t only make wine in Burgenland. If you want to get fancy, we’re heading south.


Styria, or Südsteiermark (map above) has made a name for itself in the wine world for producing a TON of Sauvignon Blanc. It’s almost all garbage. Why? Because it’s made like every other garbage Sauvignon Blanc: fermenting with purchased yeast to emphasize distinct flavor profiles, fermenting in stainless steel tanks as rapidly as possible, getting the barely finished wine into bottles as soon as possible and onto your nearest shelf so you can take hold of it in a mere matter of WEEKS after the grapes are picked. 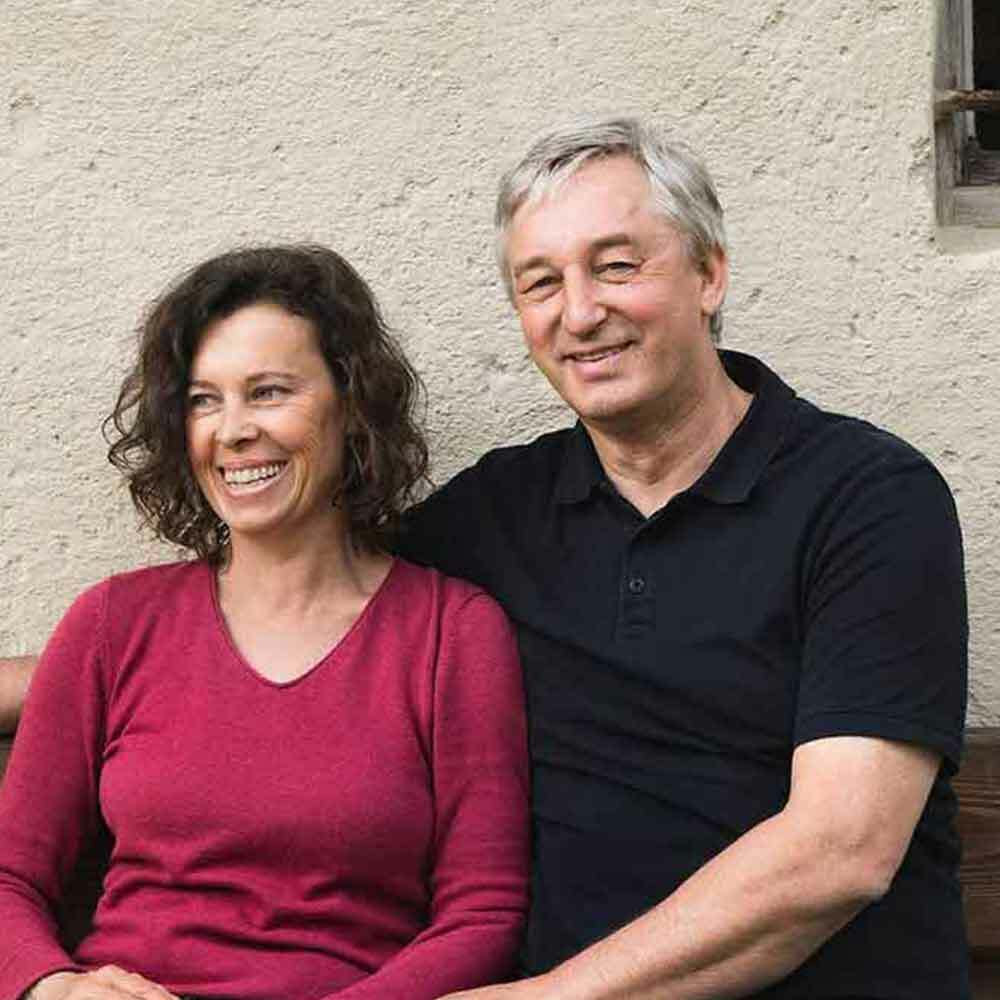 Maria and Sepp Muster (picture above) do things the opposite way. Their vineyards are just a few miles from the border of Slovenia. They took over for his parents around the year 2000 and converted to biodynamic farming, but that was easy because his parents never used chemicals either. Maria and Sepp make wines from their clay and limestone (or “Opok”) based soils. In short, all the best winemaking regions of the world have clay and limestone based soils, including arguably the best place for Sauvignon Blanc... Sancerre.

The Muster Sauvignon 'Vom Opok is an intense, citrusy, minerally, and herbaceous expression of the grape. It is light but powerful. Complex, but playful. They let the juice ferment and age in some large neutral oak for almost two years before putting it into bottles. This is the BEST pairing for mussels escabeche in case you have the estela cookbook at home.